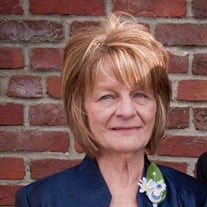 Eva Lillian Fraley, 74, of Austin, Indiana, passed away on Sunday, August 22, 2021. She was born March 11, 1947 in Louisville, Kentucky, the daughter of the late Charles B. Gay and Reva (Bowling) Gay. Eva graduated from New Washington High School in 1964. She was married on July 20, 1975 to Harvey D. Fraley, who preceded her in death on March 22, 2010. Eva was a retired retail manager at Walmart in Scottsburg, Indiana and a former member of Psi Iota Xi Sorority. She once helped defend her parents grocery store in Marysville, Indiana (Gay’s Grocery) by hitting a robber with a glass Coke bottle. He was then apprehended by the police. She especially loved spending time with her family and grandchildren. Survivors include three daughters and a son, Becky McDonald and her husband Danny of Henryville, Indiana; Charlie Nattrass and her husband Rob, of Jeffersonville, Indiana; Jessica Howard and her husband Jason, of Scottsburg, Indiana and Daniel Fraley and his wife, Kara of Leavenworth, Indiana; 13 grandchildren and 1 great-grandchild. She was preceded in death by her husband, Harvey Fraley, and a son, Scott Fraley. Private family services will be held at Buchanan Funeral Home. Interment will be in Scottsburg Cemetery. Memorial contributions may be given to Amedisys Hospice c/o Buchanan Funeral Home in Austin, Indiana. Online condolences:www.buchananfuneralhome.net

The family of Eva Lillian Fraley created this Life Tributes page to make it easy to share your memories.

Eva Lillian Fraley, 74, of Austin, Indiana, passed away on Sunday,...

Send flowers to the Fraley family.