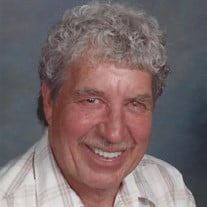 Charles D. Hickman, 76, of Scottsburg, Indiana passed away Saturday, August 3, 2019 at Baptist Health Floyd Hospital in New Albany, Indiana Born August 22, 1942 in Austin, IN, he was the son of the late William Hickman and Pearl (Woods)... View Obituary & Service Information

The family of Charles Hickman created this Life Tributes page to make it easy to share your memories.

Send flowers to the Hickman family.